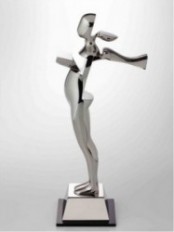 Among the CFDA (Council of Fashion Designers of America) 2011 nominations for the Fashion Oscar, are the names of Alexander Wang and Marc Jacobs as Best Women’s Designers, and the name of Lady Gaga as Style Icon.

The favourite nominees for the Fashion Awards 2011 were announced by Diane von Furstenberg, president of the CFDA.

The star is undoubtedly Marc Jacobs who, after winning the award of the past Edition as Best Women’s Designer of the year, he is once again among the favourites to win a Fashion Oscar 2011. On the other hand, the unquestioned sensation is Lady Gaga, who received the honorary award as Style Icon, by which she became the only sure winner.

For the official presentation we will have to wait until June 6th, when the prizes will be awarded in Alice Tully Hall of the Lincoln Center, Nueva York. The award to Lady Gaga is due to the strong connection that she creates between fashion and music. She has been the only one able to get where other artists could not.

Muse and model of Thierry Mugler, always provoking with the most daring outfits, every public exhibition turns into a mix of show and fashion.

You can find out more about which cookies we are using or switch them off in settings.

This website uses cookies so that we can provide you with the best user experience possible. Cookie information is stored in your browser and performs functions such as recognising you when you return to our website and helping our team to understand which sections of the website you find most interesting and useful.

Strictly Necessary Cookie should be enabled at all times so that we can save your preferences for cookie settings.

If you disable this cookie, we will not be able to save your preferences. This means that every time you visit this website you will need to enable or disable cookies again.